If you don’t bring your own, you can rent a bicycle from us. Our touring bikes are 24-speed gear. You can find all the information regarding our rental bikes below.

You will find your rental bikes waiting for you at your first hotel. The hotel reception staff will give you the keys for your bikes and direct you to the bicycle shed. All bikes are provided with chain locks.

Why the Dutch don't wear helmets! 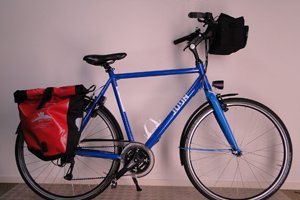 The e-bikes have a small electric engine and battery, which can be charged at the hotels. You still have to pedal: it just makes pedaling much easier. Some experience with e-bikes is recommended, as the bikes accelerate faster and are heavier than regular bikes because of the electric engine.The weight of the e-bike is ca. 25 kilo. The range on a full battery is +/- 100 KM. 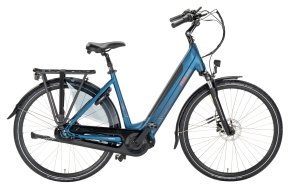 For children who are at least 125 cm, we can also arrange bikes (these are 24”or 26” for children that are bigger than 140 cm).
The child bikes come with at least 7-gears and hand brakes.
The maximum body height for a child’s bike is 155 cm. 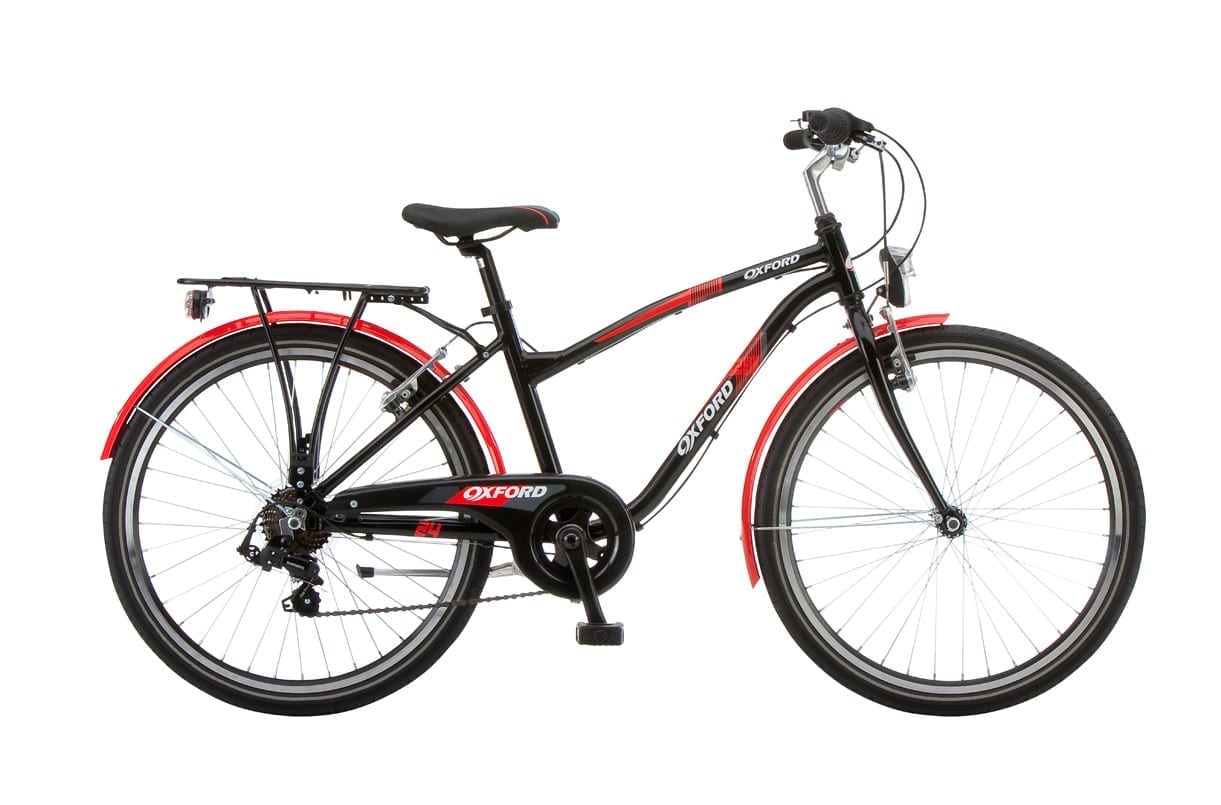 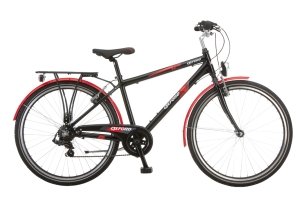 
All our rental bikes come with a bell.


All our adult bikes come with hand brakes.


For children up to 30 months old (max. 15 KG) it is possible to rent a front child seat. This is not possible with e-bikes, due to the display.

For children older than 30 months (max. 22KG) it is possible to rent a rear child seat. This is also possible with e-bikes.

Both front- and rear child seats are €5,- per day


It is possible to rent a GPS device when you start your tour in Amsterdam, Bruges, Utrecht, Huizen or Bunnik for €20,-.


All our bikes come with both front- and rear lights. You need to push the button on the lamp and it will flash three times. This means that the lights will automatically start working when it gets dark.

When you push again, the lamp will flash one time and the lights will be turned off.


Our bikes come with a defender lock with plug in chain (cable lock that is attached to the regular lock, see picture).

You need to turn the key a bit, take out the pin from the cable lock and attach it to a pole/other bike/fence etc.


1 pannier is included at the 'standard' bikes and the e-bikes.

Height: 42 cm
Depth front to the side: 17 cm
Wide top: 32 cm
Wide down: 23 cm
Volume: 20 liters
It has an easy click-on/click-off system. The panniers are water resistant, so everything will stay dry.


The rental bikes come with regular pedals, so no click-in/SPD pedals.


All our bikes come with a quick release system, which makes it very easy to adjust the height of the saddle and the handle bars.


There is one small puncture kit included, which can be found in the pannier. In case a rental bike has another problem, we always advise you to go to a bike repair shop or call the bike breakdown emergency number which is provided in the travel documents when you book this extra service.


Saddles can be adjusted in height without using any tools, see ‘Quick Release’.
Our saddles don’t come with a gel cover.


Dutch Biketours does not provide water bottles. We can also not guarantee that there are bottle holders on the bikes. You will always receive 1x pannier, so you can always store your water bottle in your pannier.

We have a limited amount of tandem bikes available on request.
Tandem bikes are suitable for two adults only.
The tandem bikes have a frame size of 48 cm.
We mostly use the Victoria Spezial 8.7.
This tandem bike comes with 24-derailleur gears or nuvinci gears.
The height of the handle bars on a tandem bike cannot be adjusted. 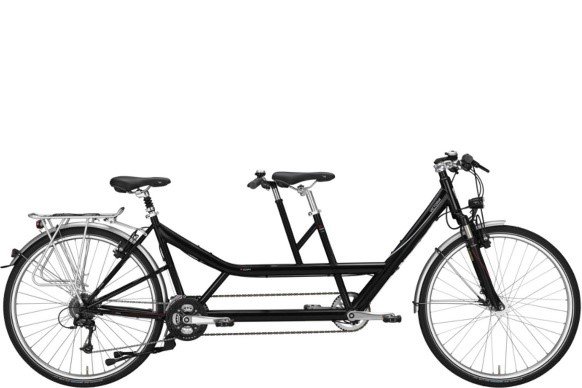 We have limited family tandem bikes available on request.
The family tandems have 7-gears and can be used for one adult and one child with a minimum body height of 125 cm. 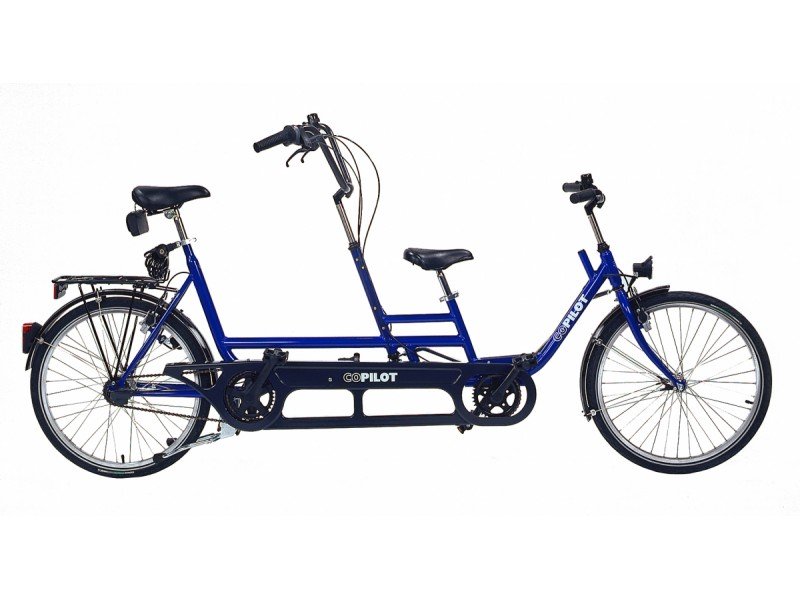 A tag-along bike is a good option for children between approx. 100 cm and 125 cm, as they can pedal themselves and on their own pace but don’t have to worry about other traffic.

The tag-along bikes cannot be rented for all our tours. 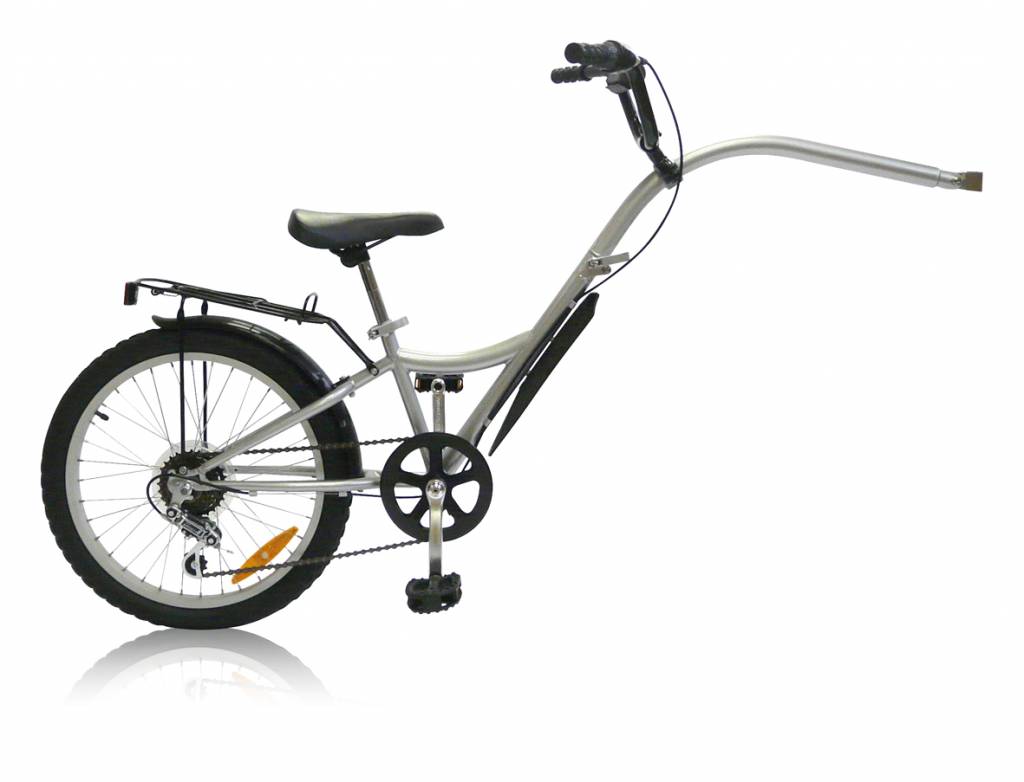 Child trailers can be rented for a maximum of two children who are up to 100 cm (max. 35 KG in total).
We mostly use the XLC Duo 2 child trailer.
Child trailers are not possible in combination with e-bikes.

Mile after wonderful mile of untroubled cycling is what we would wish our clients. However there is a minimal chance of breakdown along the way. If this thought is a nagging worry to you, a Bicycle Breakdown Assistance insurance policy may ease your mind. If you buy this insurance from our partner FietsNED in advance, their service is as follows. If your bike breaks down by the roadside a FietsNED bicycle repair man will drive to you in his repair van and fix your bike so you can continue your tour.You won’t have to pay him repair costs. If you are cycling on your own bicycle you will be charged for any new spare parts your bike may require. If you are renting a bicycle through Dutch Bike Tours any new parts are at our expense. If it turns out the bicycle cannot be repaired on the spot, or if you don’t wish to continue cycling, the repairman can drop you off somewhere in his van. One companion plus bikes may join you in the van.

The Bike Breakdown Pass is €3,50 per day per bike and can only be booked for every participant in a booking.

Do you wish to insure your bike against theft? The cost is € 3,- per day per standard hybrid bicycle.
For an electric bicycle, premium bike or racing bike: € 6,00 per day per bicycle.
Please see the General Terms and Conditions for Bicycle Hire and Insurance.

If a rental bike gets stolen or damaged, we will hold the client responsible.
If your insurance does not cover this event, you will have to pay the costs yourself.

The bike rental price is determined by the rates mentioned on the Dutch Biketours website at the time of the booking; or as subsequently agreed.

a. The rental price and any other due sums regarding the rental agreement must be paid before the bike is handed over to you.

b. If, for whatever reason, you cannot make use of the bike(s) you have rented, Dutch Biketours will not be held responsible for any resulting expenses or damage.

c. In the case of the article 2b, the client remains obliged to pay the full rental price and any other amounts mentioned in the invoice, in accordance with our General Terms and Conditions of Booking, unless the client can prove that his not being able to use the bike was the consequence of a defect that was already present at the beginning of the rental period.

a. The rental period runs from the morning of the first cycling day (day 2) to the end of the holiday (the departure day), as stated in the booking confirmation.

b. Extension of the rental period is possible only after approval by us and according to the (extension) rates as mentioned in article 1.

c. No refunds are possible after the rental period begins. If you return the bike(s) to us before the end of your holiday, the rental agreement will automatically be terminated and you will not get any of your money back.

d. At the end of the last cycling day of your holiday, the bike(s) must be returned to the hotel from where it was/they were issued, no later than the time stated in the booking confirmation.
If you book a one way tour tour you can leave the bike at the last hotel of the trip.

e. If the bike(s) is /are not returned by the return time stated in the booking confirmation, we will continue to charge you rent until such time as the bike(s) is/are returned to us or is/are received by us. In the event of late return, the rates as mentioned in article 1 will continue to apply, plus a fine of €25 per day. We also reserve the right to demand payment for any costs and/or damages suffered by us due to late return of our rental bike(s).

f. Notwithstanding the preceding paragraph, in the event of late return of our rental bikes, we reserve the right to dissolve the rental agreement without judicial intervention and immediately claim back our bicycles where ever they may be and from whomever has them. Dutch Biketours also holds this right in the event that the client does not comply with any of the other conditions stated in this rental agreement.

a. The bicycle(s) may only be used for its/their intended purpose and only by the cyclists listed in the rental agreement.

b. The bike(s) must be returned to us in the same (clean!) state in which you received it/them.

d. The bicycle may not be used on the beach; or on sandy paths in the dunes unless a paved path is unavailable.

The renter will be held responsible for damages to or loss of the bicycle(s) or parts of it, as well as bicycle keys and chains and locks, for such an amount as is determined by us according to standard market prices. You must understand that you are not insured for damage to the bicycle(s) or for any damages to third parties.

a. The premium for Bicycle Theft Insurance is € 3,00 per day per standard hybrid bicycle. For an electric bicycle € 6,00 per day as well for a Premium bike and racing bike.

The number of insurance days is the same as the number of cycling days as stated in our booking confirmation.

Article 8 Liability in the Event of Theft

a. If you did not purchase Bicycle Theft Insurance from us before the start of the holiday, you will be held fully accountable for the sum determined by us according to standard prices.

Article 9 Costs During the Rental Period

Any charges and taxes regarding the rental bicycle(s), such as fines and ferry tickets, are to be paid by you. You will also be required to pay all costs ensuing from the use of the bicycle(s) such as parking fees, maintenance and repairs.